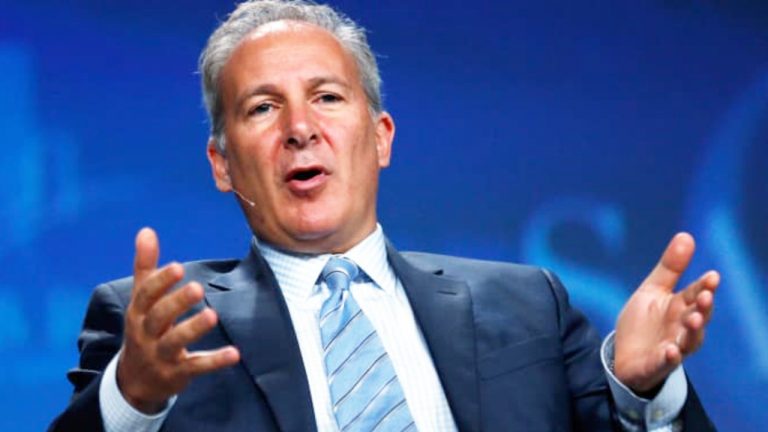 Peter Schiff, expressed his opinion via his official Twitter handle while commenting on the current decline of the cryptocurrency market. The Bitcoin critic again predicted the mass selling of crypto and the collapse of stocks related to blockchain.

Capitalizing on the decline of several top blockchain stocks, Schiff opined that it was the beginning of a major collapse. The economist argued that the current decline would expose Bitcoin and other blockchain stocks as a “malinvestment.”

Schiff in his post targeted Michael Saylor’s MicroStrategy (MSTR), Coinbase (COIN), and Grayscale Bitcoin Trust (GBTC), among other top stocks. He said the current bearish run these blockchain-related stocks are experiencing will also extend to Bitcoin pushing it below $30,000.

“This is not normal stock market action. #Bitcoin is about to crash. Wake up HODLers and sell while you still can. Don’t say I didn’t warn you!”

Additionally, Schiff also opinionated that Bitcoin can never be an alternative to gold. He explained that while Bitcoin is down significantly in recent days, gold is only down 1%.

As Bitcoin and the crypto market, in general, are plummeting, Peter Schiff had recently predicted that the top crypto asset will plunge below $10,000.

The economist in a recent post believes that Bitcoin will first drop below $30,000 before plummeting below $10,000. He said:

“If Bitcoin breaks decisively below $30K it seems highly likely that it will crash below $10K. That means anyone who owns Bitcoin now has a very important decision to make.”

It is worth noting that this is not the first time Peter Schiff has predicted a near-absolute capitulation for bitcoin. However, his proclamations in most cases usually never come to fruition as Bitcoin and other digital assets always rebound.

Currently, Bitcoin market has entered extreme fear, the lowest level it has been at all year. The leading asset price is down by over 8% in the last 24 hours, dropping as low as $31,394.54, according to data from CoinGecko.

Also, Bitcoin is 54% below its all-time high record reached on November 10. Meanwhile, the entire crypto market plunged significantly to $1.5 trillion from its $3 trillion high.