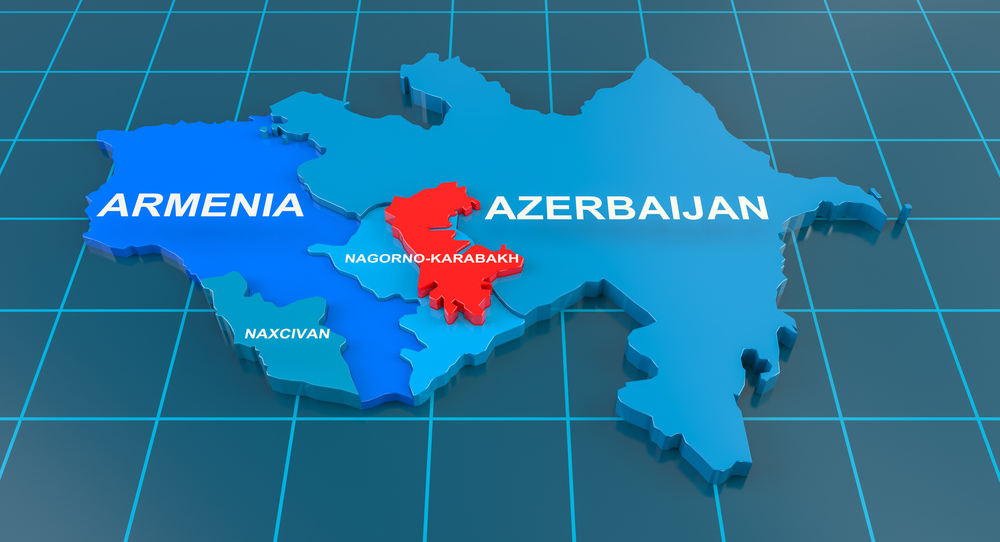 YEREVAN (CoinChapter.com) – Armenian cities and villages across the border with Azerbaijan are again under attack.

Official Baku attempts to use the shifted focus of the global community to commit atrocities against civilians and take lands that belong to the Republic of Armenia and cannot be considered “disputed territories.”

However, I’d like to take a step back to untie the knot of consecutive events and present facts. Why did the attacks renew now, after a full-on war in 2020? Why is Europe inert to the problem? How can the global community help?

Armenia vs. Azerbaijan — where to start?

As some of our readers may already know, the 2020 Nagorno-Karabakh war was an armed conflict in the disputed region of the same name and the surrounding territories. Azerbaijan sought and got full support from Türkiye and foreign mercenary groups.

Up to Sept. 13, 2022, it was the latest escalation of an unresolved conflict over the region, where Armenians had lived for ages. But unfortunately, my country did not have the forces to match the coalition and lost not only half of Nagorno-Karabakh but also agreed to a corridor between Türkiye and Azerbaijan through the Armenian region of Syunik in the South-East.

But now, Azerbaijan’s dictator Ilham Aliev’s appetite grew more intense as his regime attempts to add chunks of sovereign Armenia to the “disputed territories.” As a result, Armenian civilians in Goris, Kapan, Jermuk, and other cities were displaced by thousands, while dozens of soldiers lost their lives in three days.

What about international organizations?

Amid amorph calls for peace and urges for “both sides to cease fire,” the US and France stood out as they condemned Azeri aggression, with a direct message to the aggressor.

US Secretary of State Antony Blinken had a telephone conversation Thursday with Armenian Prime Minister Nikol Pashinyan. The Secretary asserted that he would be “personally involved” in maintaining the peace. Moreover, US Speaker Nancy Pelosi will travel to Armenia this weekend in a show of support for our country.

French President Emmanuel Macron informed Aliyev about the “urgency of stopping the military operations and returning to the ceasefire.” He insisted on the need to continue and intensify the negotiation efforts between Armenia and Azerbaijan. He asserted his readiness to contribute to it with all partners, particularly the European Union.

Meanwhile, the Ukraine war rages on, and Azeri gas supplies become increasingly appetizing for the EU, which strives to cut the dependency on Kremlin’s dictatorship.

One dictator for another?

Naturally, every country should first and foremost represent the interests of its people. However, when the European Union decided to sever its ties with dictator Putin and his gas and oil, undecided decision to stand on the side of democratic Ukraine and sanction the aggressor.

The attempt rings hollow here in Armenia, as Europe turned to another aggressor Aliev, and is more than happy to accept Azeri gas supplies. Seems to me that dictatorship cannot be fungible. Turn away from Putin, and embrace Aliev? A grotesque swap. The difference between the two is purely in impact magnitude.

The renewed attacks were a low blow to my people and demonstrated Azerbaijan’s outright dismissal of international laws. But what does it mean for Aliev himself and his puppeteer Recep Tayyip Erdogan, the president of Türkiye?

Why is Syunik important for Pan-Turkism?

The South-East Armenian region of Syunik, which became an eyesore for Aliev and his buddy Erdogan, is the only small strip of land that stands between the dictators and their grand plans for Pan-Turkism.

Pan-Turkism can be defined as the idea that Turkic peoples worldwide – such as Azeris, Tatars, Kazakhs, Uzbeks, and Kyrgyz – constitute a single nation with a shared heritage and together can create a powerful coalition that challenges the established regional order.

Back in 2019, at the seventh summit of the Turkic Council in Baku, Erdogan boldly stated, “We will be most powerful as six states, one nation.” If you’re wondering where Armenia is on the map below, it’s the small spot of land between Türkiye and Azerbaijan, with Syunik on the South-East, severing the connection. But not for long.

What’s the verdict, and what can be done?

The past two years proved to the world that even the impossible is possible.

No one in their right mind would imagine a global lockdown was possible. True, Russia attempted to take a bite out of Ukraine in 2014. But who expected a full-on invasion, killing thousands of Ukrainians, practically a brother-nation by blood?

A war in my country might seem insignificant on the map, but if Armenia ceases to exist, nothing will stand in the way of Erdogan’s grand delusions of Pan-Turkism. Why would you care? For the same reason that the world cares about Ukraine, a country many in the West knew nothing about until Feb 2022.

Ukraine attempts to fight for its sovereignty. Armenia does the same. Only it has fewer witnesses, not to mention cheerleaders.

We are living in troubling times of changing world order. So, what can we do today to help Armenia in its own little slice of hell? Raising awareness and knowing the truth could be a great start. Please share this article if you believe Armenians have a right to live with dignity.

Spread the word no matter who you are or where you’re from. I and my team at CoinChapter.com, which include people from Armenia, India, Nigeria, Kenya, Canada, and the US, urge you to do so.

NO POLITICAL BIAS CAN JUSTIFY THE MURDER OF AN INNOCENT. May humanity prevails!

The post Armenia pays for pan-Turkism ambitions as Azerbaijan strikes civilians — a heartfelt letter to the world appeared first on CoinChapter.

Ukraine-Russia could have reached peace if not…