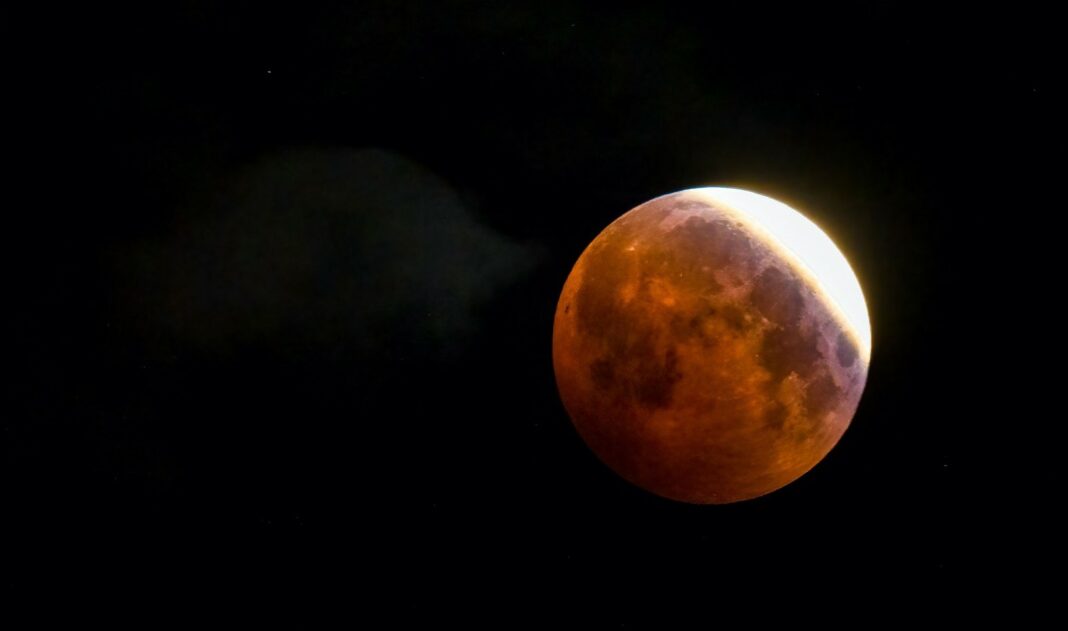 YEREVAN (CoinChapter.com) – Is crypto astrology even a thing? Apparently, yes, as an increasing number of traders try to combine the imprecise art of trading with even more imprecise astrology. As the ‘Blood Moon’ is upon us today, what will the charts bring?

The Super Flower Blood Moon is a spectacular astronomical event that captivates thousands of people all over the globe. The Moon gets closer to Earth, appears up to 14% bigger and 30% brighter, and takes on an enchanting crimson color.

So, what does it have to do with Bitcoin? Oddly enough, the flagship crypto doesn’t do well after ‘blood moon’ days. The chart below demonstrates how BTC charted after three of the previous astronomical events.

The charts show at least two weeks of decline after each event. Will the pattern continue this time? Not clear, of course. When it comes to astrology or crypto, for that matter, there are no guarantees. On Nov 8, BTC already lost the $20,000 support and traded at around $19,700.

If the flagship crypto does fall further, it would perhaps be on the back of very secular Fed decisions and the tangible economic crisis across the globe. However, the market is made of humans, and humans are susceptible to chaos, and irregularity, and possibly even moon patterns.

Is crypto astrology a thing?

While some people brush off astrology as a way to delegate responsibility for one’s actions, others rely on star and moon patterns to make significant life decisions. Famously, many world leaders in history shared the latter approach. General Albrecht Von Wallenstein, President of Argentina in the ’70s, Isabel Peron, and Joseph Goebbels, in charge of Third Reich propaganda, to name a few.

Mere mortal traders are no exception. Thus, demand created supply, and there are moon pattern indicators available on charting websites, such as TradingView.

Since moon patterns affect tides, can they affect fund flows? Maybe. But is important to remember that even if you see merit in astrology, it should be combined with other indicators to make a better investment decision.

The post Crypto Astrology! How Bitcoin Has Performed on ‘Blood Moon’ Days appeared first on CoinChapter.