TheCryptoFintech
Home Events Crypto is no different than traditional finance, in the end 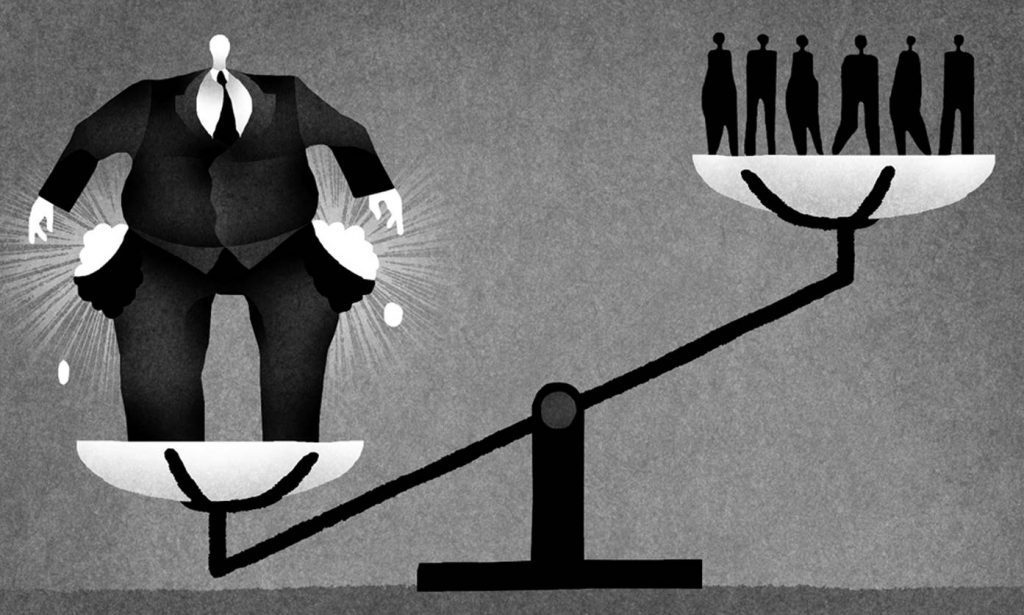 YEREVAN (CoinChapter.com) – As the bear market wreaks havoc on inexperienced traders and, frankly, experienced ones too, cryptocurrency investors face a nagging conclusion: crypto is no different from traditional finance. Swarms of scam artists and a handful of corporations are calling the shots. Sounds painfully familiar to anyone who has been chewed up and spit out by fiat corporate finance.

Is crypto no different?

In 2009, Bitcoin stepped on the scene, gradually trickling into the fiat economy through adoption, trade, and hope for equality in finance. Fast forward to 2022, and the cryptocurrency market started to leave a sour taste in the mouths of many hopefuls. Here are just a few statistics:

The study also asserted that 10,000 Bitcoin accounts hold 5 million out of the 19 million coins in circulation, or about $232 billion. Given the 114 million accounts holding the flagship crypto, that’s more concentrated wealth than in the fiat economy.

Bloomberg reports that the 1% of “affluent Americans” currently control about one-third of U.S. dollars, which is hard to ignore while discussing massive financial inequality.

However, before saying that humans are prone to taking any aspirant idea (like equality) and ruining it, it pays to look deeper into the phenomenon and who’s responsible.

Corporate greed or the law of nature?

Pareto Distribution. Two words come to mind when thinking about inequality in any walk of life, from the dating scene to corporate finance. Named after the Italian civil engineer, economist, and sociologist  Vilfredo Pareto, the law was originally applied to describe the distribution of wealth in a society.

Pareto Distribution argues that 80% of outcomes are due to 20% of causes. In other words, 20% of people in a group will do 80% of the work. Or, 20% of people will hold 80% of the wealth, which corresponds with the above statistics.

As the law applies to uneven distribution of wealth, many in the crypto sphere believe that the subsequent inequality in the digital asset market is expected. However, it stands against the initial principle of why cryptocurrency was created in the first place.

For example, Sasha Ivanov, the founder of financial services company Waves finance, oversimplified the matter by suggesting fair redistribution. How he proposes to do that, exactly, is not clear.

However, rewriting the economy backfired, as evidenced by the rising inequality in the crypto sphere. One Reddit user summed it up quite nicely.

Big boy CEOs having 70 million thick paychecks, influencers turning their followers into zombies that they leech the money off, scammers working overtime to get people into their honey trap, mega-wealthy trying to make the whole market move as they want it, and such.

So is human nature to blame for the fact that crypto is no different? Is corporate greed human greed?

Trading psychology has a role to play

Crypto traders entered the promising market, hoping it might be the window to less day-to-day worries and more financial freedom. Or, at least some traders did. However, they got a rude awakening by the other actors on the crypto scene, who entered the market to ‘prey on the gullible.’

Many crypto projects these days offer speed, efficiency, and security all in one package. And inexperienced traders take the bate, often not giving a second thought to the blockchain trilemma. The latter states that finding a balance between the three is difficult and presents a problem.

It is not yet possible to have a fully decentralized blockchain that offers high scalability and boasts airtight security.

Then why do the traders buy it?

So why is crypto no different from fiat finance? Partially because crypto market participants often have the same motives as fiat economy players, from small fish to whales.

The current bear market is the first for many crypto traders. Thus, a fair share of them has a hard time handling the situation on an emotional level. Keeping a cool and leveled head while making financial decisions in the volatile crypto market is a top priority these days.

In a recent survey of 1000 investors conducted by the U.K.’s Financial Conduct Authority, 76% of respondents said they felt competitiveness when placing an investment, while 68% likened it to gambling.

Meanwhile, gambling evokes an emotional response way before it activates critical thinking. That’s the main reason it is so hard to stop. The rush at the top, and the deep devastation at the bottom, make leveled decisions extra challenging.

Even a multi-varied analysis of human behavior does not explain 100% of our actions and why. However, anyone who hopes for equality of opportunity in society should treat the financial world as a tool for positive change and not its final destination.

So yes, crypto is no different from fiat finance because we are exactly who we were yesterday. The same rules still apply since before, Satoshi hinted that a Lennon-professed future might be right around the corner.

The post Crypto is no different than traditional finance, in the end appeared first on CoinChapter.