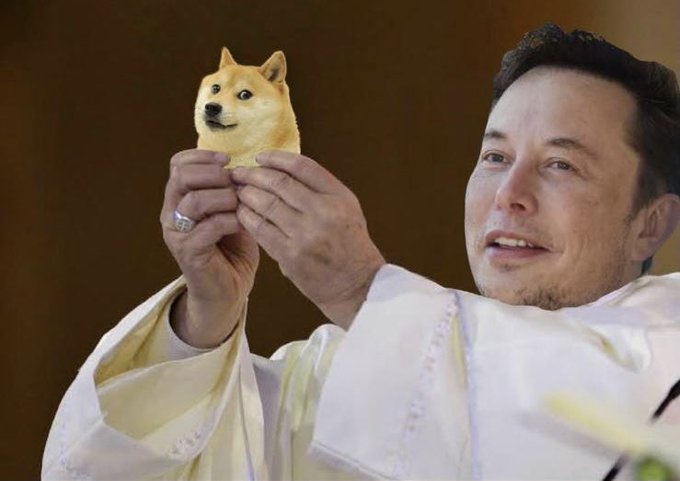 YEREVAN (CoinChapter.com) – Elon Musk is undisputably a mastermind engineer, with an IQ north of 155, and officially the richest man on the planet, with a net worth of $273 billion, according to Forbes.

However, he has another title in the crypto sphere: Dogefather, for his avid support of all things Dogecoin. So has the DOGE community benefitted from his proponency? That’s a different question entirely.

So let’s take a closer look at Elon Musk’s goofy relationship with DOGE and the real damage that romance caused to naive investors. Perhaps it would be better to discuss the price fluctuations in chronological order.

The billionaire entrepreneur developed a soft spot for the meme crypto early on and eventually started propelling the coin on social media. Musk’s Dogecoin tweets have become a cliche in 2021, and investors learned to expect gains once the chief executive poured another Doge-support batch onto his Twitter account.

Musk tried it all: declared development support for the token’s team and was up for Coinbase to list the meme coin in March 2021. Then, as the chief executive of SpaceX, the multi-billionaire vowed to place a physical Dogecoin on the moon, which led to an uproar of support from the ‘Doge army.’ Additionally, the CEO launched Tesla merch to be sold for DOGE tokens.

However, the proponency started to look like trolling for many, when the DOGE price would go up and down, following Musk’s every whim. Even though such fluctuation can only happen if investors bite the bait, the entrepreneur’s infatuation with how far he can drive the market landed him in trouble.

The US Securities and Exchange Commission (SEC) launched an investigation against Musk to rule out market manipulations. However, the latter did not lead to any real action, and the tweets continued coming, stirring more controversy among Dogecoin investors.

Notably, the multi-billionaire created a pre-SNL hype on Twitter, fueling the price. The behind-the-scene tweet got the intended attention and pumped DOGE to its max.

The crypto market has seen many ups and downs, but the numbers don’t lie. For example, DOGE lost 75% against Bitcoin since May 2021 and has yet to recover.

Verdict: Stay away from billionaire patronage

While the idea of a powerful figure behind a crypto coin sounds alluring, Dogecoin investors know better than to fall for it. In crypto, patronage surely means centralization and dependency on that person’s desires and whims.

To be more exact, one person can easily manipulate the market, given the opportunity and power to do so. The latter trumps the whole idea of decentralization, which the crypto market claims to uphold.

Until recently, Dogecoin investors were more than happy to give Elon Musk the power. However, the coin also lost valuation of its own accord as a part of a natural life cycle of a digital asset. Thus, it is hard to discern where Elon Musk-made repercussions end and the general market downturn begins.

But what’s done is done. It is not likely that Dogecoin could manage another explosive rally, seeing its massive market cap of $7.8 billion on Sep 21, 2022. Meanwhile, Elon Musk still voices his approval of the meme coin, calling it an ‘unstoppable financial vehicle.’ Is he trolling? Is he not? Who can tell?

The post Dogecoin investors should not listen to Elon Musk anymore appeared first on CoinChapter.

Ukraine-Russia could have reached peace if not…