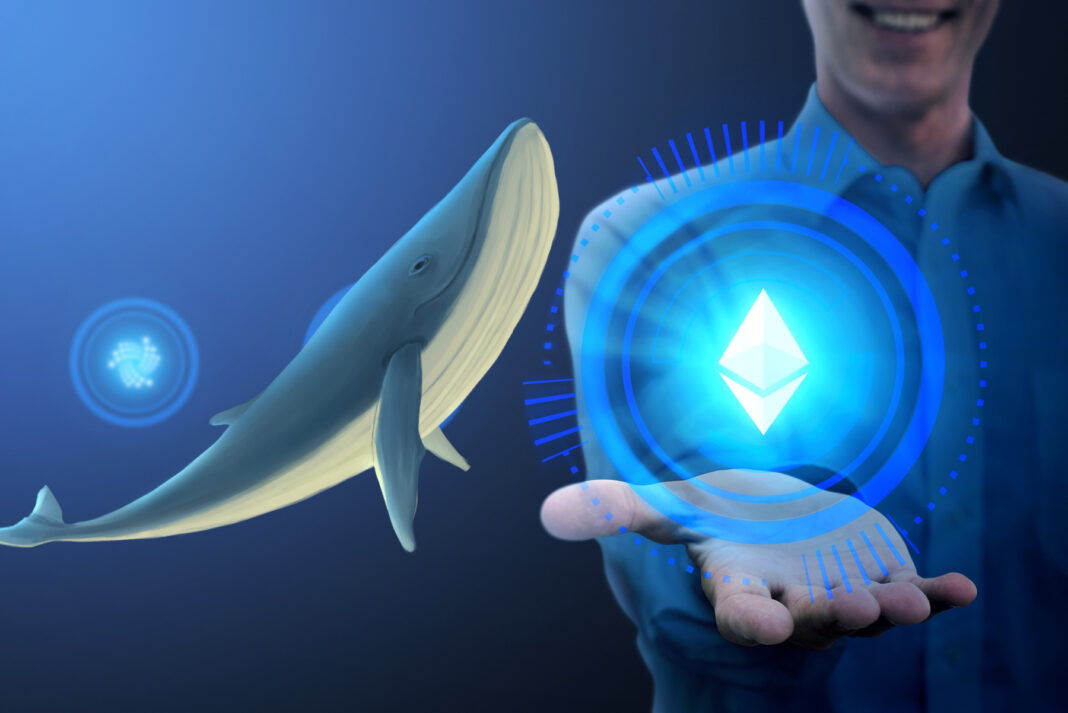 The latest addition has increased the whales’ ETH holdings by 14% since the Merge. Moreover, the Ethereum whales’ buying spree has pushed the cohort of nearly 132 such wallets to an all-time high balance of 28.55 million ETH- worth more than $37.2 billion at writing.

Meanwhile, in an Oct 16 Twitter post, Santiment shared a post in which Ethereum sharks and whales (with ETH holdings between 100 ETH to 1 million ETH) had dropped their holdings and sold nearly $4.2 billion worth of ETH in the preceding weeks.

ETH prices have remained determinedly flat over the past few weeks. Meanwhile, the ETHUSD pair has been moving inside a classic Bollinger Band squeeze pattern. American financial author, analyst, and trader John Bollinger propounded the indicator for technical analysis.

A squeezed Bollinger Bands formation indicates an asset’s tendency to break out to higher prices or lower levels. As such, ETH prices have a clear signal for a breakout in either direction. Meanwhile, long wicks on both ends of Oct 20’s daily candle indicate the fierce struggle between bulls and bears.

For an upside movement, ETH prices would need to exceed their 20-day exponential moving average (20-day EMA, red wave) and target resistance from its 50-day EMA (purple wave) near $1,380.

Moving above their immediate resistance would help ETH prices gain momentum and target resistance from their 100-day EMA (blue wave) near $1,500.

Conversely, if ETH prices break out for the lower levels, the prime altcoin prices would likely fall to immediate support near $1,250. Moreover, a marketwide sell-off could see Ether prices test support near $1,170 before recovering.

Meanwhile, the relative strength index for ETH remains neutral, with a value of 43.07 on the daily charts.