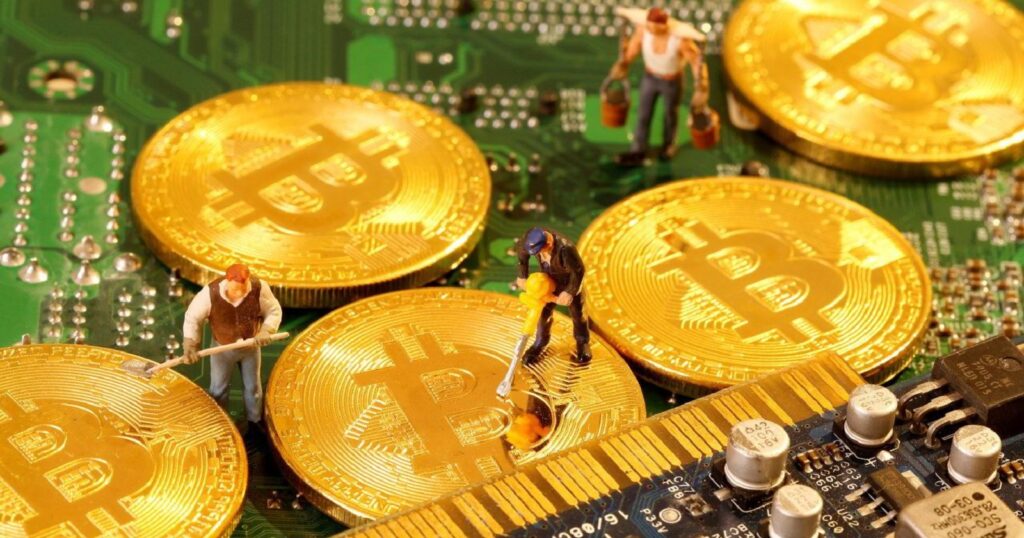 LAGOS (CoinChapter.com) — Bitcoin miners are finding it difficult to remain profitable as energy prices surges and crypto prices tank, putting major players in the mining industry at risk of collapse.

In detail, electricity costs are surging globally, mainly due to the fallout from Russia’s war on Ukraine, among other reasons. Simultaneously, Bitcoin has plummeted almost 70% from its November all-time high to stand at around $19,600.

Together, those pressures have hammered the profitability of crypto-mining companies.

Notably, the soaring energy cost has put Bitcoin miners in an unfavorable position that could lead to the liquidation of several mining companies. For instance, Houston-based crypto mining firm Digihost could be delisted from Nasdaq as its stock price has traded below $1 for a prolonged period.

It is worth noting that NASDAQ Listing Rule 5550 (a)(2) states that a deficiency notice is issued if a company’s stock trades below $1 for 30 consecutive days. Consequently, if the company fails to meet listing compliance, it will be delisted from the stock market.

Similarly, Australian mining company Mawson Infrastructure Group has failed to comply with Nasdaq’s listing compliance. The mining company’s stock price has traded below $1 for an extended time and risk delisting.

Meanwhile, Digihost, in an SEC filing, has assured investors that it would resolve the compliance issues with Nasdaq. The Bitcoin miner posited that the recent deficiency notice had not affected the company’s business activities.

However, it is worth noting that since its listing on Nasdaq in November 2021, DGHI’s price has dropped significantly.

On August 23, 2022, DGHI slipped below $1 for the first time, according to data from Google. Furthermore, it failed to recover and fell from $4.6 in January this year to $0.85 on the day. Notably, this price drop marks an 85% drop in its year-to-date price.

Additionally, it is worth noting that Digihost was provided a 180-day compliance period. This means the Bitcoin miner has until April 10, 2023, before Nasdaq delisting. Notably, DGHI stock must trade above $1 for ten consecutive business days before this period concludes.

“If the company does not regain compliance with Rule 5550(a)(2) by April 10, 2023. The company may be eligible for an additional 180 calendar day compliance period.”

Meanwhile, crypto mining companies will face more hardships as lawmakers are urging the Biden administration to intervene and limit the impact of cryptocurrency mining on climate change.

These lawmakers, including several Democratic US senators and representatives, are calling on the government to probe crypto mining companies. They argued that the lack of profound law limits the government’s understanding of the adverse impacts of crypto mining.

Senators Elizabeth Warren, Edward Markey, Sheldon Whitehouse, and Jeff Merkley, among others, signed the letter. The lawmakers said the companies did not provide complete information on the adverse impacts of crypto mining on the environment.

Recall that the New York legislature recently passed a bill to ban new crypto-mining outfits in the state. The lawmakers only provided an exception to mining companies that use 100% renewable energy, although the governor has not yet signed it into law.

Additionally, for more news on cryptocurrency and if it will replace precious metals soon, click here.