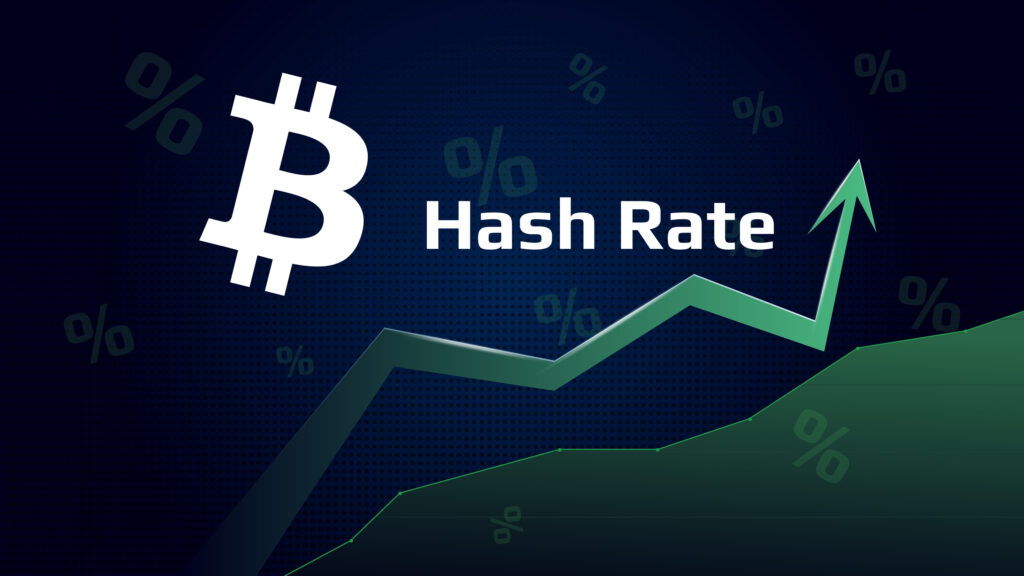 YEREVAN (CoinChapter.com) – Bitcoin mining hashrate keeps establishing new record highs amid the global energy crunch and indecisive BTC price at $19,200, still below the $20,000 support line. What is behind the booming hashrate, and why are the whales on the move?

In short, BTC hashrate measures mining speed or how many calculations can be performed per second. Generally, a higher hashrate indicates that miners have confidence in the price since they’re willing to invest in computing hardware to mine more coins.

Meanwhile, energy prices skyrocket, and the BTC price threatens another leg down. Thus, the raging hashrate further confused investors, as the driving forces behind it are not quite clear.

Some investors in the Twitterverse linked it to a conspiracy concocted by Russia and China, threatening the stability of the US dollar and its position as a global hegemon.

We’re already in WW3. The Dollar reserve system is under threat, and with it the United States’ status as global hegemon. Chinese and Russian actions can be viewed as a coordinated attack on the existing world order. And US & Fed policy as attempts to defend it.

BTC hashrate doesn’t threaten the dollar, or does it?

Meanwhile, as CoinChapter reported in the previous Bitcoin review, the analytical platform CryptoQuant also noted the rising Bitcoin hashrate but pinned the climbing metric on a US-based mining pool: FoundryUSA, instead of its Russian or Chinese counterparts.

There’s still a possibility that the rising hashrate testifies to the upcoming bias reversal on Bitcoin charts. Historically, that would be the case. However, the current bear market hit the stocks and digital assets in tandem due to the increasing fund inflow from institutional investors.

The said correlation forecasts a further bleed for the crypto assets.

Whales on the move

However, it is not yet clear whether the whales in question are institutional investors or not. Additionally, the chart below demonstrates heightened trading activity among the said addresses but no proof that they are buying and not selling.

Since Bitcoin price hit the $20k level, Binance spot trading volume dominance skyrocketed, and it’s now 84%. The second biggest is Coinbase, 9%. Not sure whether these whales are institutions using prime brokers or crypto OGs for now.

The current all-time highs could mean that miners hope for a bullish bias reversal. However, as mentioned, Bitcoin’s correlation with stocks exacerbates the sell-off fears. Additionally, the charts backed the bearish scenario, hinting a drop to below $10.000, with dropping trading volumes.

Meanwhile, headwinds from the broader economy don’t favor the bulls yet.

The ongoing war between Russia and Ukraine sparked more tension in Asia. Additionally, the energy crisis and Europe, and the Federal Reserve’s aggressive policies to stave off the rocketing inflation, left the global economy in distress.

Notably, the macroeconomic challenges don’t contradict the potential Bitcoin price appreciation. Instead, they point out that the flagship crypto has further to fall before it recovers with a new force.