TheCryptoFintech
Home Events Ukraine-Russia could have reached peace if not… 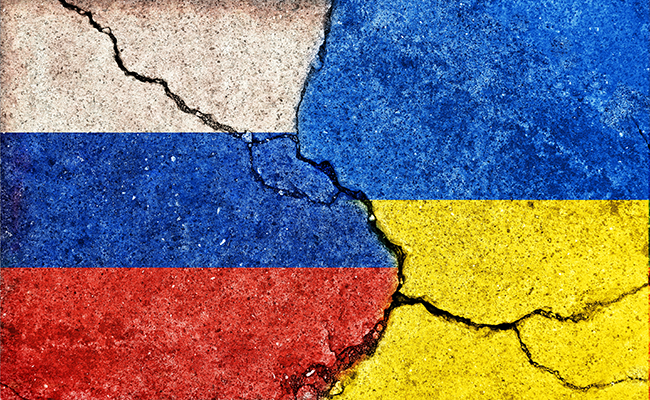 YEREVAN (CoinChapter.com) – The war in Ukraine as a result of the Russian full-on military invasion has been ongoing since Feb 24, 2022, with little to no hope for a truce just yet. However, Ukrainian sources reported a troubling reason for why the negotiations hit a “dead end.”

While the atrocious chain of events in Ukraine has a complicated multitude of reasons behind it, it is important to shed more light on the possibility of peace, or lack thereof. So let’s take a step back and revisit the allies’ participation.

It is crucial to note that Ukraine has long entertained the possibility and the opportunity of joining the North Atlantic Treaty Organization (NATO) ever since 2005, when Yuschenko won the presidential elections in the wake of the Orange Revolution.

Russian President Vladimir Putin, on the other hand, viewed the possibility as an alliance that threatened Russia’s sovereignty. Furthermore, on Feb 21, right before the invasion, Putin commented that Ukraine’s partnership with NATO was a “done deal” and that Russia might find itself the target of an unexpected attack.

We clearly understand that in such a scenario, Russia would face a dramatically heightened level of military threats. I draw special attention to the fact that the danger of a sudden strike on our country will increase many times over.

Meanwhile, Ukraine is a NATO partner country, which means that it cooperates closely with NATO, but it is not covered by the security guarantee in the Alliance’s founding treaty. It means that the U.S. and the European allies are not required to send troops to Ukraine, but they do send assistance, as Prime Minister Boris Johnson confirmed with his surprise visit to Kyiv in April.

During his visit in April, the first of three such visits so far, Johnson discussed the possibility for Ukrainian military personnel to train in Britain. Additionally, Johnson voiced UK’s firm stance on “pressing” Putin and not negotiating with him.

That’s where the situation gets even more complicated. Zelensky has been trying to bring Kremlin to the negotiating table since the war started. However, even if Ukraine was ready to sign agreements with Putin, the UK, and the U.S. were not.

Also read: Did Europe just shoot itself in the foot by sanctioning Russia?

According to the Ukrainian periodical Ukrainska Pravda, the possibility of talks between Zelenskyy and Putin came to a halt after Johnson’s visit. The Prime Minister’s announced position was that Putin was not as powerful as they previously imagined. Thus, there was a chance to pressure him.

The role of powerful Western countries in hampering the potential for a ceasefire between Russian and Ukrainian forces was noted by many. For example, Ivan Katchanovski, a Canadian political scientist of Ukrainian descent, commented on the matter.

What are the implications?

While it is not apparent who will win the war or who will benefit from its continuation, it IS apparent that the world faces harsher economic realities as the conflict transpires. Americans are relatively sheltered from the Russia-induced energy crisis. However, Europe is in a tighter knot.

Natural gas prices topped $3100 per 1000 cubic meters in mid-August, a 610% increase over the same time last year as measured by the Dutch TTF market. The rising cost of input fuel resulted in a whopping 300% surge in electricity prices, breaking records. Taken together, energy prices are ten times higher than the five-year average.

However, economists and politicians threaten the worst is yet to come. Ronald Smith from BCS Global Markets agreed with the pessimistic or perhaps realistic approach. He noted that in terms of economics, high prices are a signal to market participants to produce more and consume less.

At this point, all non-Russian gas that can be produced and sent to Europe is already headed in that direction, and higher prices cannot create more supply in the short term. Therefore, consumption will have to be reduced in order to achieve a balance of supply and demand.

So, did the UK and the US hinder negotiations between Kremlin and Kyiv? It seems likely that the North Atlantic Alliance wants to show Putin ‘who’s boss’ through Ukraine and stop him before the conflict gets out of hand. But the only certainty, for now, is the growing number of casualties and dire economic implications of the war.

The post Ukraine-Russia could have reached peace if not… appeared first on CoinChapter.