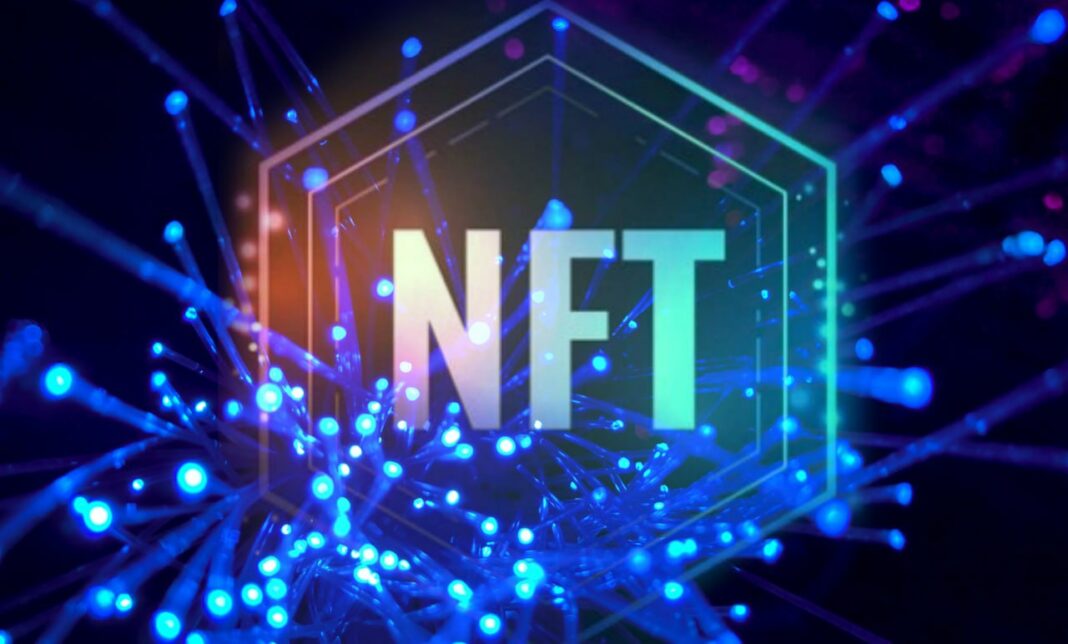 When it comes to NFT-related work, there’s a lot to be excited about. NFTs will have an influence on nearly every facet of civilization, from economics to the arts.

The following are some of the most interesting projects currently taking place in this field.

As part of their due diligence process, investors typically take into account the NFT’s rarity. With this strong emphasis on uniqueness and rarity, the Yeti Secret Society is predicted to gain in popularity even in the present market.

The role of clubs and communities in a crypto team’s mission is fundamental. Yeti NFT owners will be able to take advantage of their club and its perks.

Speaking of perks, we can certainly mention the project’s 600-person boat trip to Monaco. Celebrities and club members can attend events on the team’s island. It has been stated that you will be able to meet VIPs through this initiative.

The Yeti Secret Society and Sapphire Studios, an MMO game development company, have formed a partnership. There will be an MMO and a Metaverse framework produced by this partnership.

Online growth and development is a specialty for those who work on this project. Users in the pre-mint stage will get first access to these new NFTs before the rest of the community.

A collection of NFT trees released by Loopify in February of 2021 was the basis for Treeverse. There has always been a focus on social interaction in Treeverse, a massively multiplayer online game.

Founders’ Private Plot (FPP) NFTs have been sold out in the first hour of trade for a total of 10,420.

Once the project’s MMORPG shift is complete, players may look forward to an action-packed MOBA-style game. In the city, there are dungeons to be explored and missions to be completed. Players may also get experience points by doing these activities.

MMORPGs, in general, place a lot of emphasis on player abilities, and this one is no exception. It is necessary for players to improve their skills in mining, crafting, and combat in order to progress in the game.

Treeverse raised $25 million in a round of investment led by IdeoCo Labs, Animoca Brands, and Skyvision Capital. Each invested $5 million. Investors are keeping a tight eye on the startup after it got its first round of funding.

Although DeeKay, an animator, was born in Seoul, South Korea, he now considers the San Francisco Bay Area to be his permanent domicile. Ever since he can remember, he has had a significant amount of interest in the field of art.

In addition to being well-known for the one-of-a-kind pieces of art he has created, he is also the inventor of the LetsWalk brand of NFTs.

A well-known NFT dealer by the name of Cozomo De Medici has just shelled out 225 ETH to acquire the “Destiny” NFT that he was selling.

This NFT collection includes a number of different “walks,” all of which are noteworthy in their own right owing to the fact that they are distinct from one another.

Instead of relying on “traits,” as is typical in NFTs, DeeKay focuses the emphasis fully on the work of art itself. This is in contrast to the NFT standard.

Instead of depending on a traditional ranking system, which was applied in the bulk of the prior NFT projects, LetsWalk enables spectators to generate their own judgments on the artwork that they are observing, which can then be shared with other collectors.

Kibatsu Mecha is a collection and story that was created by the artist and animator Jerry Liu. It consists of 2,222 unique characters that were hand-generated and are animated in their entirety.

A Kibatsu Mecha can be given one of seven different unique qualities, and those attributes can be combined in any way. Each and every one of the “extremely odd” Kibatsu Mecha features one-of-a-kind attributes that are not present in any other NFT.

These characteristics are exclusive to the Kibatsu Mecha and cannot be found in any other NFT.

Kibatsu Mecha and the pilots that operate them occupy Megacity Kibatsu as well as the areas that surround it. The Ataki Arena is recognized as one of the most thrilling and dangerous fighting venues in the city, and it is here that bouts take place on a daily basis.

Fights break out between individuals for a number of different reasons, including the desire to gain reputation and fortune, the adrenaline that comes with engaging in competition, and other motivating factors.

As time goes on, those persons who are responsible for arranging this endeavor will continue to convey information regarding it to the appropriate parties.

Azuki portrays itself as an innovative project that wishes to distinguish itself from the competition. Specifically, its creators emphasize the fact that it is getting harder to distinguish between the real and digital world, claiming that Azuki is the perfect bridge between these two realities.

The Azuki initiative provides its participants with access to “The Garden,” which is a collection of 10,000 NFTs. This reward is included as a standard component of the overall package. If the construction of this “Garden” is successful, Azuki has very high hopes that the project will start to blur the barriers between the digital and actual world.

This endeavor encompasses not just streetwear and NFT merchandise but also live events and partnerships with Azuki-affiliated individuals.

Through the utilization of the project’s native cryptocurrency, all owners within the Azuki community will be granted several rights. Token holders will have a say in the outcome of this one-of-a-kind experiment to see how web3 works, which will determine what will happen to the whole initiative.

Ten thousand one-of-a-kind NFT artworks were created by Maliha Abidi in the Women Rise. As a visual artist, Abidi has been recognized on a worldwide scale.

An international cast of female stars is on display in the series. Each of them has her own unique personality.

A varied collection of women from many walks of life has taken on the task of making the world a better place. Scientists, artists, activists, and computer programmers are a few examples of those who work in these sectors.

A unique work of art may be purchased by art enthusiasts through Women Rise while also increasing the NFT’s capacity for diversity and inclusion.

These NFTs, as is often the case, have different levels of rarity. More than 453 different types of hand-drawn elements were incorporated into the NFTs during the design process.

What drives the creators of Women Rise is their belief that the world is in need of greater diversity, correct representation, and art that not only looks good but also respects and celebrates women.

The ERC-721 Moonbirds NFTs entered the market on April 16, 2022, after being launched into circulation. Moonbird NFTs, which are basically utility-enabled profile images, are comprised of a number of distinct components, all of which use rarity as their major identifying trait. Moonbird NFTs may be obtained through a number of various means.

There is a very excellent explanation as to why Mooonbirds has become one of the most well-known firms operating in the picture-for-proof startup area. Throughout the duration of their membership, members of each Moonbird are entitled to a variety of advantages.

Moonbird NFT holders who take the time to nest or lock their tokens will be eligible for additional rewards as a thank you for their efforts. A Moonbird’s NFT will go on to the next portion of its life cycle, which comprises numerous stages, once the act of nesting has been completed.

The owner of the NFT is eligible to earn additional prizes and incentives in addition to those already offered.

Moonbirds are permitted entry into the exclusive Discord channels of the project. Those who have access to private Moonbirds channels will be able to obtain information about impending drops, events within the community, and nesting opportunities.

Burnt Toast in Doodles is responsible for the manufacture of ten thousand non-fungible tokens (NFT), each of which is made of hundreds of different aesthetic features that are distinct from one another.

Doodles have been used to portray a wide variety of characters, making them appealing to a large market share. These characters may be seen in a variety of settings.

Doodles are the owner of the artifacts, which include hundreds of strange heads, clothes, and other features.

Thanks to Doodle, you will have the opportunity to make your voice heard about forthcoming features, products, and events that are being planned by the community.

The Doodles project is being worked on by the architects and designers, and they collaborate closely with one another throughout the entirety of the process.

“Doodlebank” is the name of the bank account that the initiative utilizes in order to provide financial support for new community activities.

Doodles have had a successful year ever since they started their Space Doodles campaign, and it is probable that this upward trajectory will continue into the year 2022 as well.

Each Space Doodle comes with a set of numbers in addition to its more than 200 audio-visual characteristics, which collectively demonstrate how effectively your Space Doodle is performing.

If you explore the NFT digital market, you could easily stumble into Property’s Virtual Reality, an innovative new real estate collecting game.

The objective of the group is to create something completely unique, both inside and outside of the metaverse, which has never been done before. The goal of the development team is to incorporate gameplay aspects that are recognizable from well-known games from throughout the world.

These NFTs provide a visual representation of one-of-a-kind real estate that is connected to a particular cultural or economic system.

Prior to the presentation of their product to the general public, the team has been putting in a lot of effort to obtain agreements with a wide range of NFT organizations and corporations.

As a result of the Property’s participation in the campaign, there will be coffee shops and carts decorated in a Crypto Baristas motif. Due to the fact that it is a part of the user-generated universe, investors are keeping a close eye on this initiative.

Markus Magnusson is responsible for the creation of 5,000 animated figures that are included in the Invisible Friends NFT collection.

An interview with Magnusson, who was in charge of designing the project, yielded the revelation that this initiative was supposed to be for those who are still young at heart yet have a strong eye for art.

Due to the limited availability of this NFT project when it was first made available, there was an extremely high level of demand, which resulted in extremely high prices.

Within a day of its debut, there was a complete sell-out of Invisible Friends. When they were first made available, their costs increased to a total of 12 ETH.

Before the formal debut of the mint, Invisible Friends designed and minted a one-of-a-kind golden NFT that they called Golden Friend.

The significant gifts made by the founders of Invisible Friends to the RCC Charity Fund during the auction are another important aspect to mention.

The founders of the initiative have said that token holders would get rewards for their participation. Invisible Friends is projected to evolve in the future, as the team confirmed.