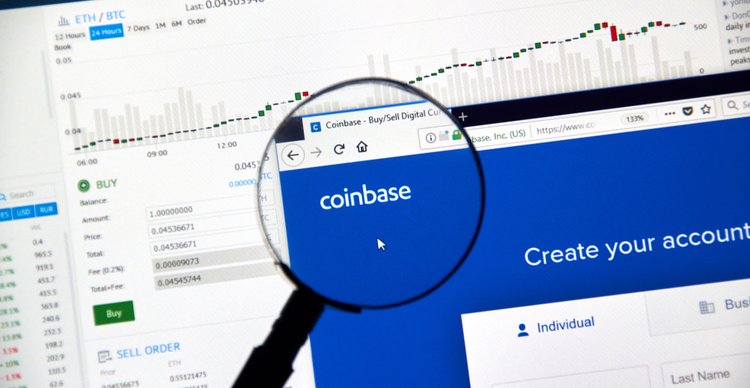 The CEO of Coinbase revealed yesterday that the main regulator has threatened to sue the exchange if it continues to work on its cryptos loan program.

Coinbase CEO Brian Armstrong had a lot to say Tuesday on his Twitter account in response to the conduct of the SEC regarding the yield product that will soon be launched by the exchange. As several players in the cryptocurrency industry increasingly move towards allowing their clients to lend crypto assets in order to earn income, Coinbase announced earlier this year that it will launch its own yield product called Lend.

The product would be based on the USDC, and users could earn up to 4% annual percentage return (APY). The platform, now listed on the stock exchange, presented the product as a product that would allow users to earn up to 50 times the average interest rate, which is 0.07 %. It also revealed that high interest rates did not pose increased risks, as customers ‘ savings were protected by a guarantee.

With the product launch expected in a few weeks, Coinbase informed the SEC, which Armstrong said was not very welcoming. The agency stated that the Lend feature was a security without offering any explanation from this point of view.

“They refuse to tell us why they think it’s security, and instead they assign us a bunch of records (we comply), demand testimony from our employees (we comply), and then tell us they will sue us if we proceed with the launch, with zero explanation as to why. »

Armstrong, who is also a co-founder of crypto donation organization GiveCrypto, was obviously unimpressed by the SEC’s antics, noting that while his company had made efforts to do the right thing, the SEC had resorted to threats.

The exchange’s CEO was also wary of the SEC’s attitude toward crypto, citing an example that occurred earlier in the year, when SEC Chairman Gary Gensler flatly refused to meet with him.

Legal Director Paul Grewal revealed that Coinbase has been in communication with the financial watchdog for six months and has also complied with the regulator’s requests. The exchange remained shocked by the SEC’s intention to sue without specific explanation-an action it categorized as an unhealthy regulatory relationship.

“A healthy regulatory relationship should never leave the industry in this kind of situation without explanation “, he wrote.

It remains to be seen what the SEC has planned for the crypto industry and its players. Coinbase joins the list of crypto entities under the SEC’s radar, with others like BlockFi under investigation for illegal offerings.