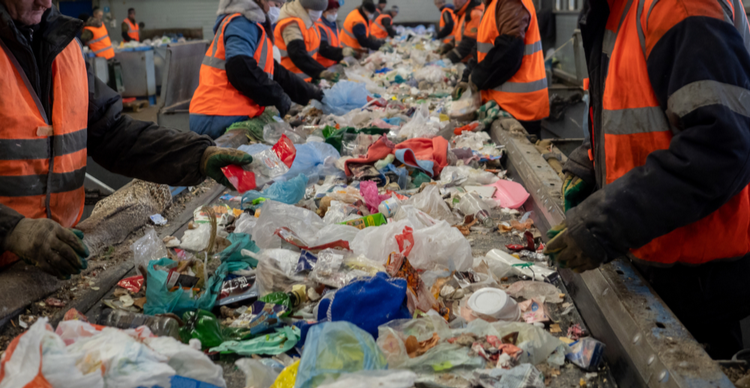 As part of an initiative launched in April, IBM Japan and Mitsui Chemicals developed a framework for the use of blockchain in tracing plastic waste.

A Nomura press release states that the consortium aims to create a sustainable resource circulation group, with knowledge sharing intended to advance collaborative efforts in plastic management. According to the statement, one of the main objectives of this new partnership is to explore how plastic traceability can contribute to the recycling process.

To this end, teams at IBM Japan and Mitsui Chemicals have begun working on using blockchain technology to efficiently trace plastics throughout the supply chain, including in recycling companies. The two companies have now joined the Nomura Research Institute as part of a consortium that aims to step up efforts towards proper recycling.

The group also aims to encourage other actors to join the initiative, by setting up an incentive programme to promote a wider contribution to recycling by the general public and established companies worldwide.

As part of its role in the consortium, IBM Japan will seek to support the development of a blockchain platform to provide an immutable record of plastics traceability, while Mitsui Chemicals will draw on its deep knowledge of the chemical sector to contribute to proper recycling.

Nomura will strive to address the social challenges associated with the critical resource management industry, the announcement adds.

The new collaboration between IBM Japan / Nomura / Mitsui closely follows another IBM initiative to reduce hazardous waste. The company is reportedly preparing to partner with Mitsubishi Heavy Industries (MHI) in a blockchain-based project to reduce the amount of carbon dioxide released into the atmosphere.

These efforts are just the tip of the iceberg, given that the world has a long way to go to combat climate change. Scientists are already warning that the consequences could be catastrophic.