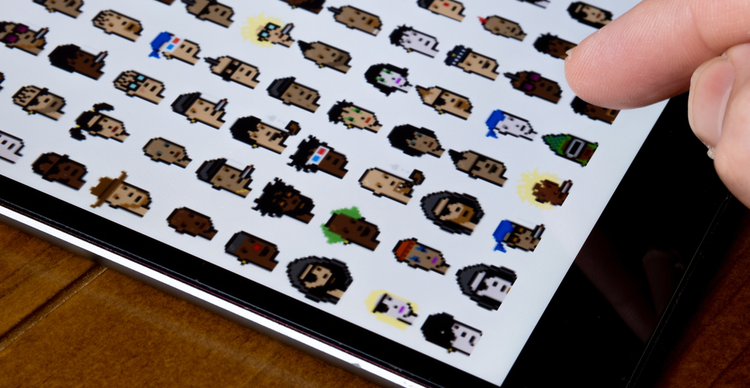 Larva Labs, the company behind CryptoPunks and other prominent art projects, has confirmed a deal with one of Hollywood’s leading recruitment agencies.

The creator of CryptoPunks, Larva Labs, has entered into a representation agreement with the United Talent Agency (UTA), according to an article published in The Hollywood Reporter. This agreement will expose various non-fungible tokens (NFT) to the entertainment and music industry. Art projects Autoglyphs, CryptoPunks and Meebits will benefit from this agreement. The talent agency will, on the other hand, take new steps into the virtual asset space thanks to the crypto-native intellectual property of Larva Labs.

Matt Hall, co-founder of Larva Labs, revealed that the company is looking forward to working with the art agency. He added that this collaboration would not only bring visibility, but also increase the value of the NFT collection. In an interview with The Hollywood Reporter, Lesley Silverman, who heads the digital assets department at UTA, praised the collaboration.

“I would say this is one of the first opportunities for intellectual property that comes entirely from the cryptocurrency world to enter a wider entertainment space, and they have earned it. »

Details of the deal have not been revealed, but NFT’s fascinating crypto-art project CryptoPunks could appear in movies, TV shows and even games. The other two projects could also benefit from similar media representation. The representation agreement also covers other areas, including publishing.

NFTs have generated a huge following, with CryptoPunks standing out among the most interesting and iconic projects. This art project was launched by Larva Labs in 2017 and features 10,000 algorithmically created pixelated individual portraits of different characters on the Ethereum blockchain. It should be noted that this was one of the first NFT projects on the blockchain.

Although the characters come in the form of small pixelated figures in different costumes, their value has increased lately. This is explained by the fact that they are associated with style and wealth. CryptoPunks had virtually no value at any given time and some were given away for free. However, at present, the cheapest punks cost thousands of dollars, while at the other end of the spectrum, the most expensive collectible punks trade in the millions.

In fact, two CryptoPunks reached $ 16.9 million at a Christie’s auction in May, making it one of the largest NFT exchanges in history. The last trading around these collectible punks concerned Visa. Last month, the payment service provider shelled out about $ 150,000 for CryptoPunk No. 7610-a digital avatar of a woman with a mohawk cut and a green face.